Referred to as mechanical shocks, wave impacts and the hazards they pose have not escaped the attention of major sea-faring organizations and governments. Through its vibration directive 2002/44/EC, the European Union has gone so far as to impose strict shock dosage limits to protect its workers.

Read more on the EU Directive regarding exposure levels to shock and mechanical vibration.

In a groundbreaking seat-testing competition held in 2015, the UK’s Ministry of Defense (MOD) evaluated sixteen shock-mitigating seats from around the world. The test requirements included laboratory drop testing with an automatic logging system to record accelerations, seat displacement, and hydraulic pressure in the damper and air pressures. Subsequent on-water performance validation encompassed inspection by experts in Human Factors to ensure there were no pinch points, risk of trapping clothing or appendages, sharp edges or groin-impact hazards.

Based on a combination of performance in the laboratory and on the water, SHOXS was awarded the contract to supply seating for their entire fleet of Pacific 24 RIBs, and the investigation underscored the importance of an industry-accepted standard of seat performance measurement. 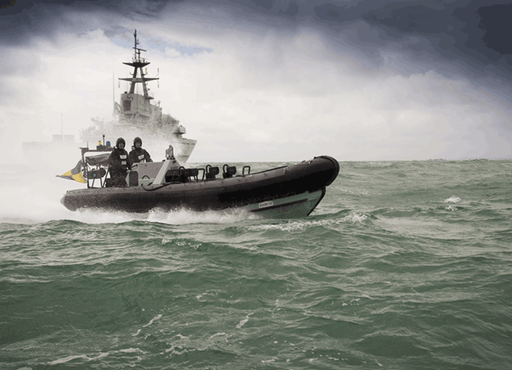