Back on the Water with Suspension Seating 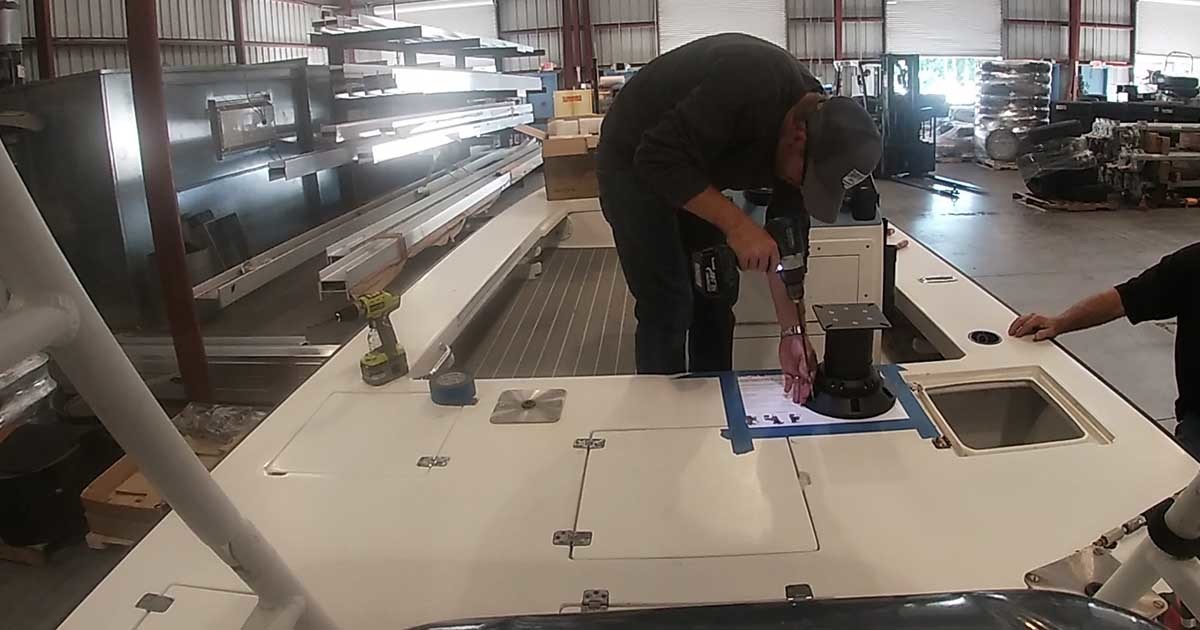 Shoxs suspension helm seat mounts helped to get Joe Isley out on the water again after surgery to repair the pain in his back.

Every boater knows that time spent exploring the water may come with a price: back pain and injury sustained over years of enduring pounding from wave impact, even in relatively shallow water and smaller, lower profile boats.

Joe, a flats boat owner and member of the boating industry, knows better than anyone.

The Isley family started Boatmaster in 1980, and the company is now well-known for providing high quality, rugged aluminum boat trailers for commercial and military use. Long-time avid boaters and company founders Joe Isley, Sr. and his son Joe Jr. each own Lake and Bay flats boats, and when they’re not building trailers for their customers, they’re on the water to relax, fish, and enjoy the scenery.

They both recently installed Shoxs X Series pedestals underneath their helm seats to combat the constant pounding from the choppy Gulf of Mexico waters.

Joe Jr. underwent back surgery earlier this year to correct a damaged disc, and for him, an impact-absorbing seat was the key to getting back out on the water safely and painlessly. “We took the boat out and ran wide open in some serious chop,” he said after the maiden voyage with the new seat. “Didn’t feel the waves at all.”

Shoxs X Series shock-mitigating pedestals from Allsalt Maritime can be integrated with nearly any seat on the market, and installation is typically quick and hassle-free, involving not much more than a jigsaw and some basic power tools.

Check out Joe Jr.’s time-lapsed seat installation video below for a quick preview of the process.