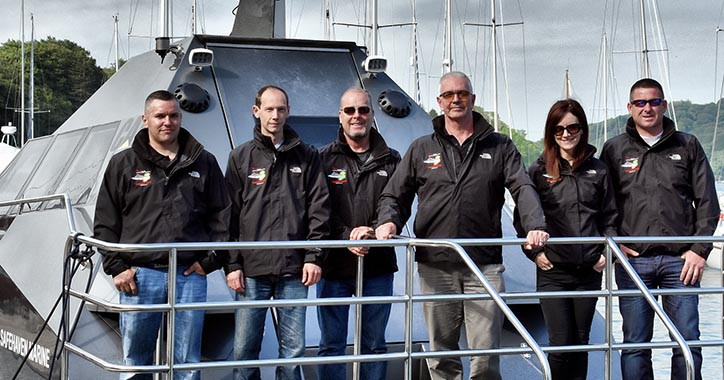 Joe Namath once famously said, "If you aren't going all the way, why go at all?" Safehaven Marine embodies this attitude through their mission to build high-quality patrol boats and consistently push their limits with real-world testing. In 2017, a Safehaven Marine boat set a world record for circumnavigating Ireland. Never one to rest on its laurels, the company is attempting to shatter yet another world record for Transatlantic travel in 2019.

Safehaven plans on attempting to set a new ‘Arctic Circle’ Transatlantic record in 2019 from Canada to Ireland via Greenland and Iceland in ‘Thunder Child II’, a considerably longer voyage than the 2,100 km world record Safehaven set in 2017 in their XSV17. Safehaven Marine chose SHOXS to supply the shock-mitigating seating to ensure crew safety and comfort as they pound through rough sea conditions for the long journey.

The new XSV20, named 'Thunder Child II, is a high speed patrol craft with a patent pending hull design fusing an asymmetrical catamaran with a wave piercing monohull. It will launch in early 2019 and be rigorously tested to prepare for the dangerous attempt. The 75 foot (23m) craft is fitted with quad 650 HP engines and surface drives, for a 50kts+ maximum speed.

Frank Kowalski, Safehaven’s Managing Director and designer, commented, “Experience has shown that when running at high speeds over 35-40 knots in rough conditions, protecting the crew from high motions is extremely important and can become the limiting factor, especially over long voyages. Considering the 4500 km distance across the North Atlantic we face, having the best possible shock mitigation seating was essential."

Thunder Child II is fitted with two 4600 series suspension seats for the helmsman and navigator, and four SHOXS 3400 X8 seats, both with over 8” of suspension travel to protect the crew from injuries caused by wave impact and vibration.

Check out the Safehaven Marine site for more information about the Transatlantic record attempt.