The world meeting of naval technologies 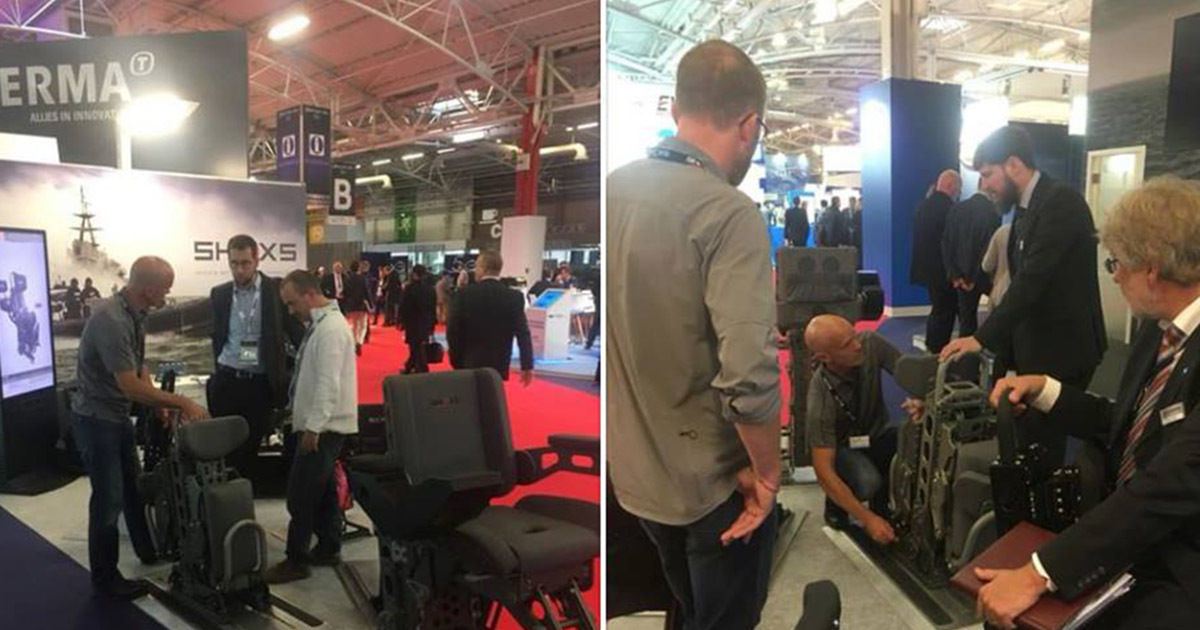 SHOXS is preparing for the world meeting of naval technologies for the future at Euronaval in Paris. Visit our team in stand D49 to see the latest in rough water seating technology to protect men and women in uniform. Euronaval is the largest international exhibition of naval defence and maritime security and safety. Organised every two years in Paris-Le Bourget, this exhibition brings together decision makers from navies and the international naval industry.

Check out the extensive line of jockey seating purpose built for open boats, RHIBs, and high-speed vessels needing high density crew or passenger seating. We'll also have our flagship 4800 with integrated armrest controls on display, as well as the latest addition to our product line, the X Series shock-mitigating pedestals.

Unique features enhance safety and comfort on the water 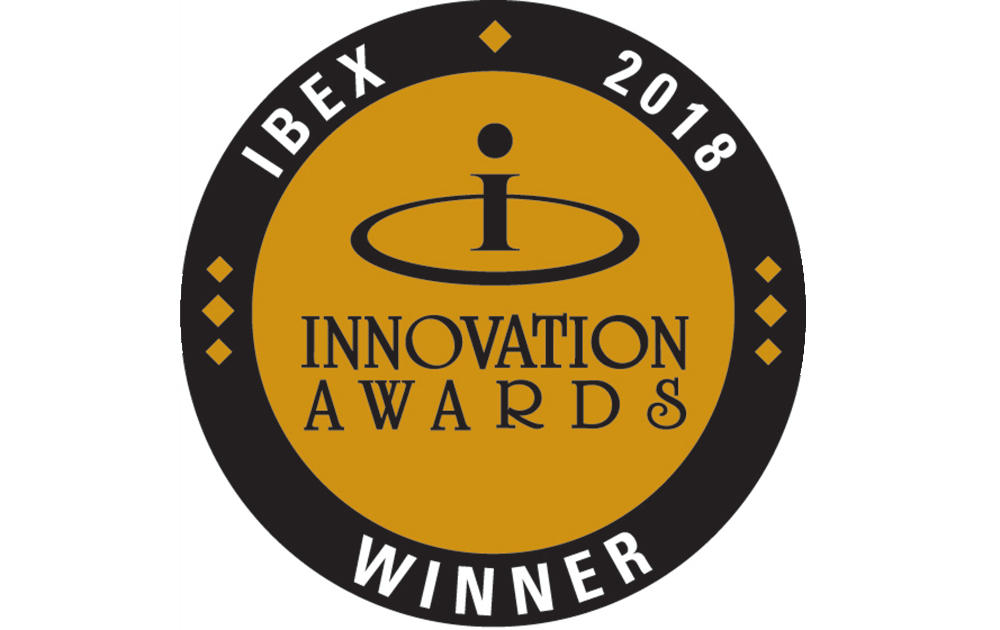 We are proud to announce that our newest product family, the X Series Shock Mitigating Pedestals, was presented with an Innovation Award at this year’s International Boatbuilder’s Exhibition and Conference (IBEX) on Tuesday, October 2. A panel of eight judges with technical backgrounds in boating selected the product winners among dozens of entries.

The new SHOXS X Series Shock Mitigating Pedestals were developed to bring military technology to the consumer market. The pedestals feature the same air isolator as the ones used in commercial and government watercraft, and packages it into a compact aluminum housing. This allows the recreational boater to refit the pedestal onto an existing boat, or the boat builder to integrate the pedestal onto a production platform. 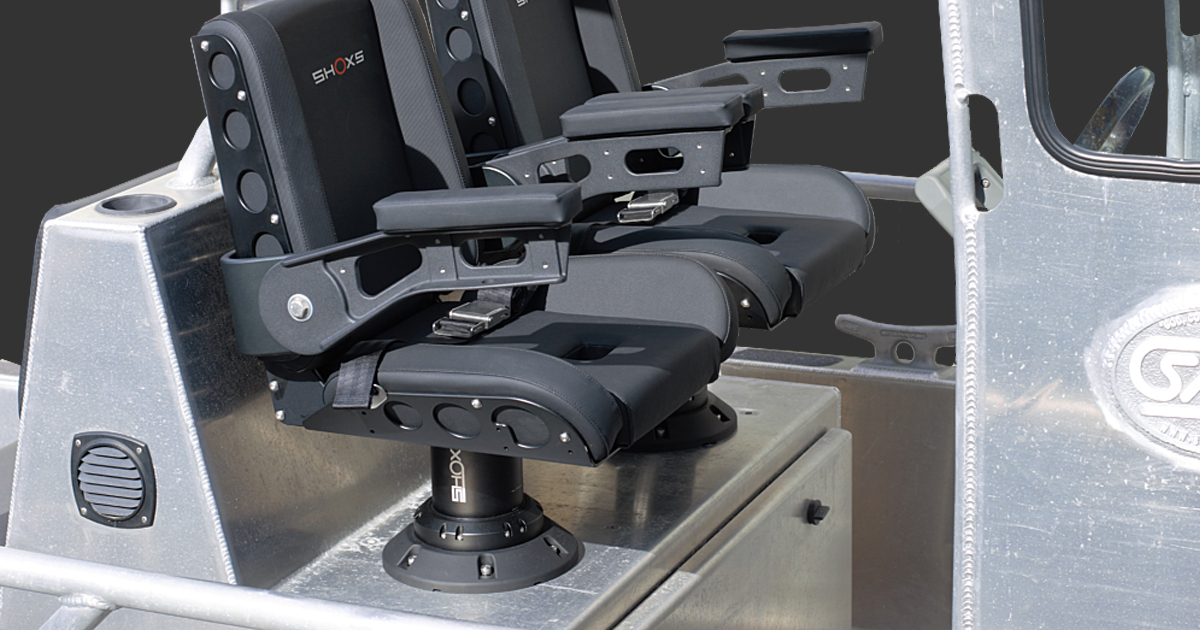 When it comes to recreational watersports, thrill-seekers and casual boaters alike will agree that cruising through the waves can be a bruising experience for your spine. What many boaters don't realize is that over the long-term, high-speed watercraft can expose them to a dangerous accumulation of impacts that can cause chronic pain and debilitating injuries.

Referred to as mechanical shocks, wave impacts and the hazards they pose have not escaped the attention of major sea-faring organizations and governments. In fact, through its vibration directive 2002/44/EC. the European Union has gone so far as to impose strict shock dosage limits to protect its workers. 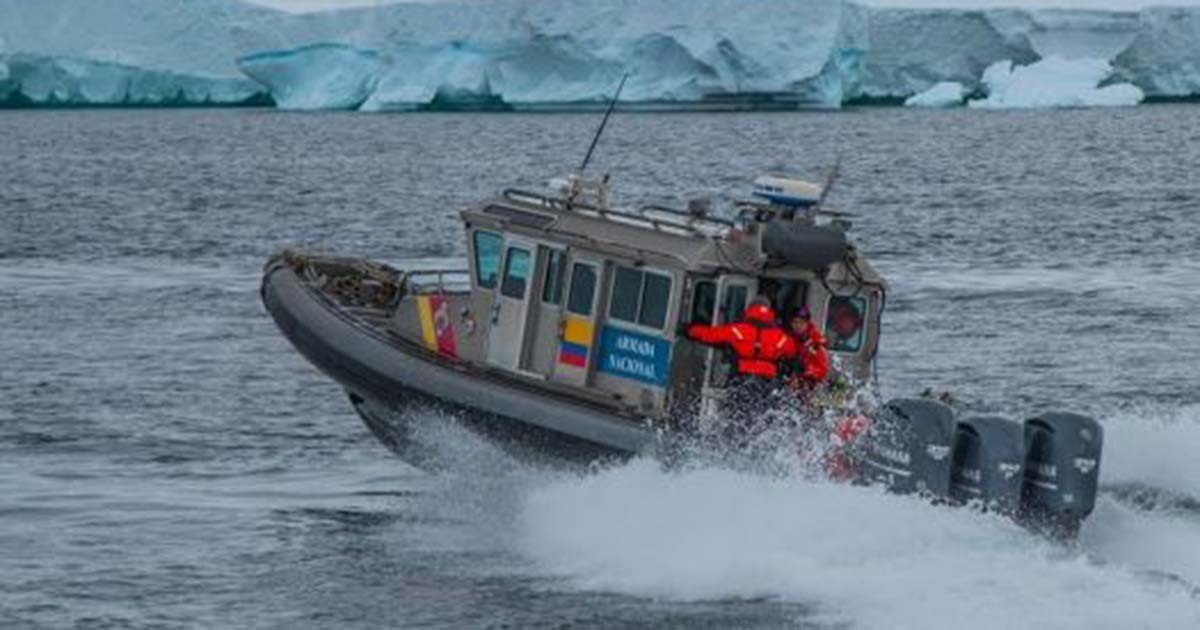 The United States gifted Colombia with five new 380X Defender interception boats and a 410 Apostle, each built by US manufacturer SAFE Boats International to support maritime patrol efforts in the Pacific and Caribbean.

The boats are equipped with shock-mitigated seating to keep crews comfortable for long patrols, and allow the performance necessary for high-speed pursuits. The 380X Defenders are equipped with SHOXS 4800 seating, and the Apostle has the SHOXS 2000.

The X-Series technology has made its debut in Europe 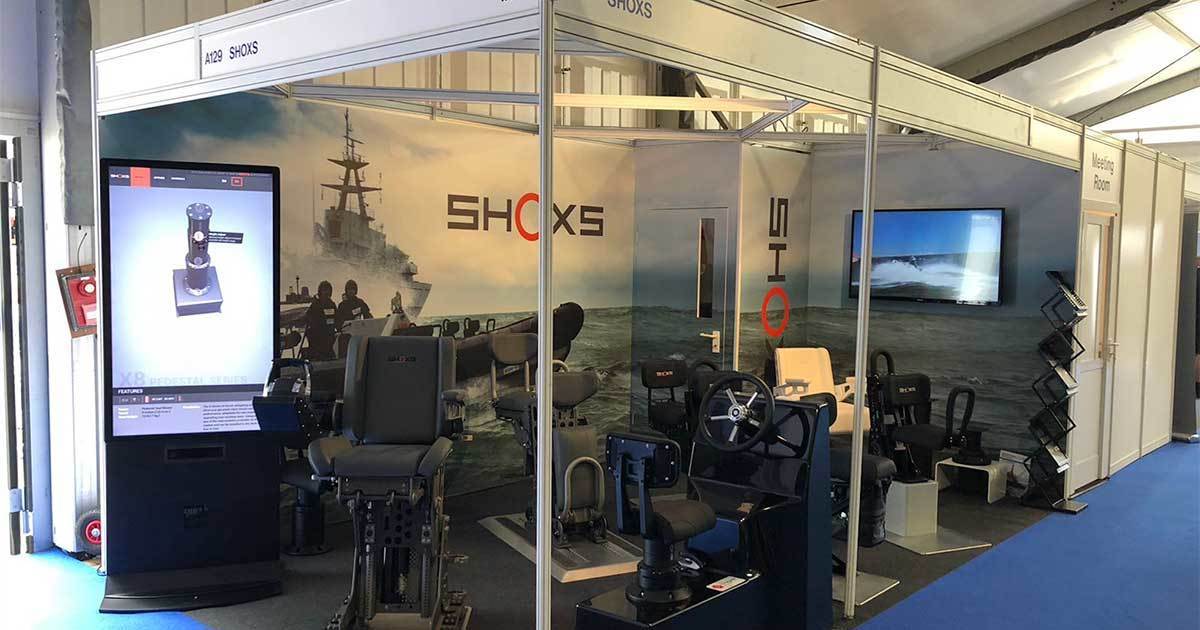 The X4 shock mitigating pedestal was introduced to the world for the first time at Seawork 2018, where the new technology was debuted to an audience of workboat builders, dealers, and suppliers. Maritime Journal reported on the new products, stating that the pedestals have been in development over the last 18 months. The pedestals represent an extension of SHOXS's flagship products, heavy-duty suspension seating for military and government watercraft. The new X-Series pedestals are designed to transform nearly any marine seat on the market today into a shock-mitigated seat, making the choice to ride smoother and safer now within reach for non-military users. 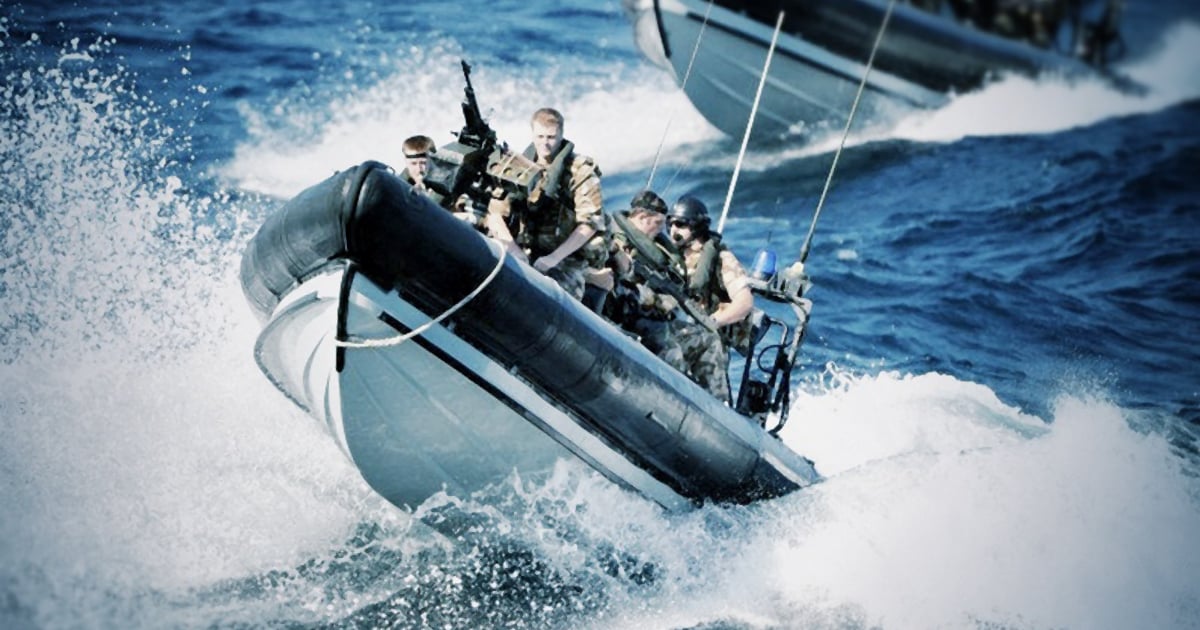 EU Directive 2002/44/EC specifies stringent constraints on acceptable workplace exposure levels to shock and mechanical vibration. The directive has a particularly important role to play in the maritime industry, where workers may be subjected to extreme shocks on a regular basis as high-speed craft slam into waves. The health risks associated with mechanical shock in the marine environment are well-known (see Ensign et al, “A Survey of Self-Reported Injuries Among Special Boat Operators,” 2004), and the EU directive is an attempt to provide protection for those in harm's way.

EU directives are similar to EU regulations, but individual member nations must transpose directives into their own regional laws. This is especially important in light of the legal precedent set by the case Francovitch v Italy, where it was ruled that a European member state could be held financially liable by those suffering from a loss due to that nation's failure to bring an EU directive into law. Through legislation introduced in 2005 (No. 1093, The Control of Vibration at Work Regulations) and in 2007 (No. 3077, The Merchant Shipping and Fishing Vessels (Control of Vibration at Work) Regulations), the UK has implemented directive 2002/44/EC, and while the steps taken towards compliance have not been dramatic thus far, recent developments suggest that things may be about to change. 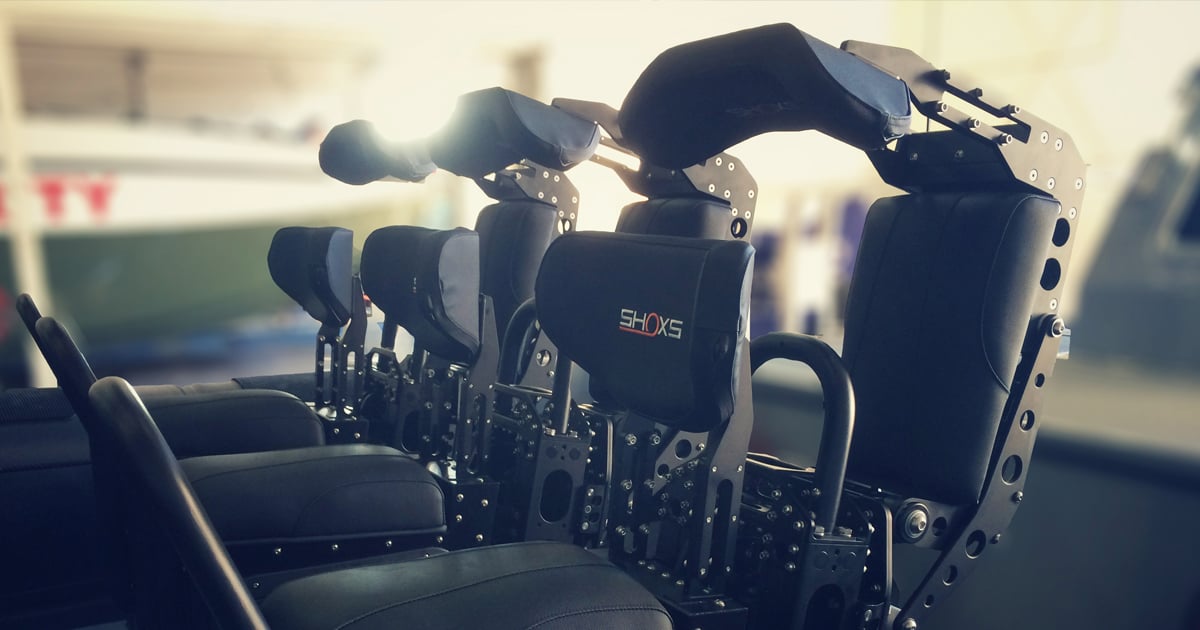 SEAWORK.COM — Seawork International is Europe’s largest commercial marine and workboat exhibition and widely regarded as the industry’s one-stop-shop. Every June, buyers, legislators and influencers with direct access to the commercial marine and workboat market descend on the exhibition to show off the latest products and innovations. Fresh off their high-profile win of outfitting shock mitigated seating solutions to 60 Navy Pacific 24 MkIV RHIBS, SHOXS will be there to demo and profile the seats and technologies that placed them first in the UK Ministry of Defense's grueling selection process.

Seawork International has delivered a unique on-shore and on-water trade exhibition since 1998. The event comprises an exhibition, conference and awards, attracting 7,500 industry professionals, 10,000 products and services, together with over 70 vessels.

When it comes to protecting their men and women in uniform, The Royal Navy don't take chances. That’s why new Royal Navy Pacific 24 MkIV RHIBS will be fitted with SHOXS seats.

The decision to outfit the new BAE Systems RHIBS with SHOXS followed one of the world’s most exhaustive and scientifically valid evaluations of shock mitigating seats in history. Undertaken by the UK Ministry of Defense, this first-of-its-kind evaluation of more than 15 different seat manufacturers encompassed every area of performance, with shock mitigation tests taking over 2 years to complete. 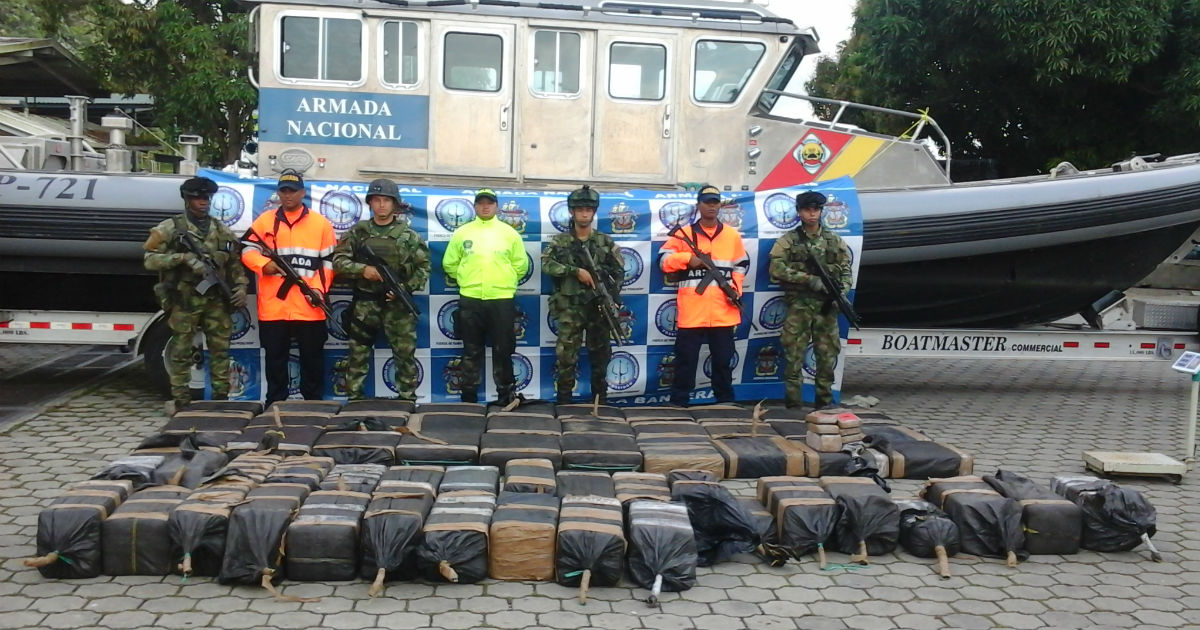 So far this year forces have seized more than 30 tons of cocaine in the Colombian Pacific, aided in great part by the tactical and safety advantage provided by the 380X Defender platform, equipped with SHOXS Shock Mitigating Seats. 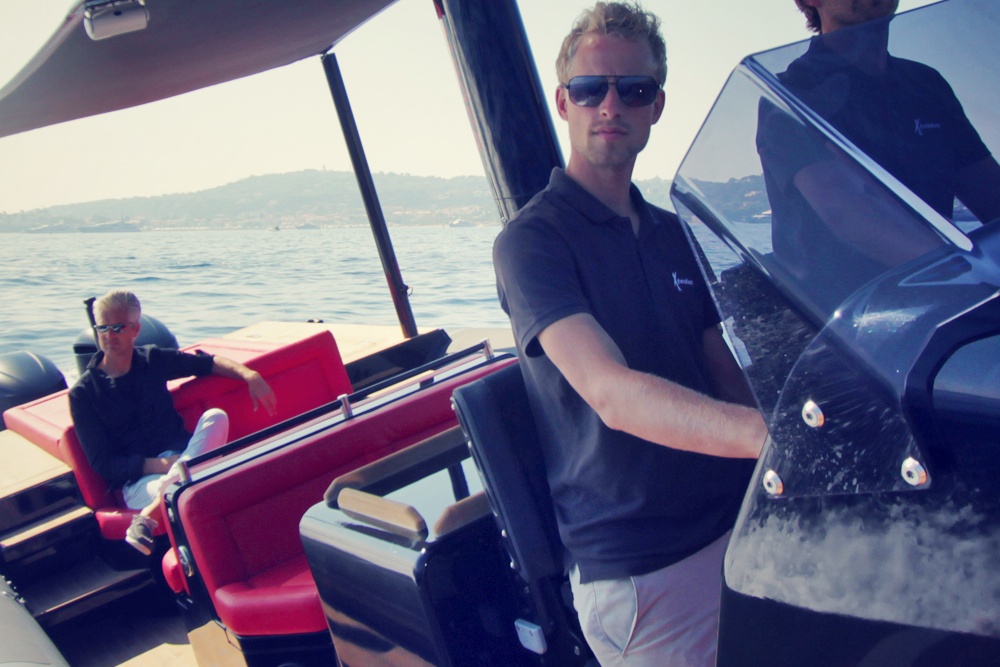 The SHOXS engineering and sales team has been working with Dutch Boat Builder Xtenders to create a custom seat specifically designed to work ergonomically with the their proprietary console and integrate with the onboard overhead support structures. Xtenders specialize in building custom carbon fiber, super light weight yacht tenders. They employ production technology gleaned from Formula 1 and the aerospace industry, providing optimal structural performance while keeping weight to a minimum.